From 4 to 9 May 2018, on the occasion of the feast of San Nicola, on the roundabout of largo Giannella on the waterfront Di Crollalanza, the association “De gustibus vitae”, in collaboration with the Bari Brewery and MondoBirra.info, organizes the fourth edition 2018 of the Villaggio del Gusto.

Also this year the goal is to organize a party of local gastronomy and craft beer “made in Puglia” to recover and enhance the vocation of the land of Bari in the relationship between traditional and genuine food and trade.

This edition of the Villaggio del Gusto will also be an important opportunity for the virtuous encounter between the demand and supply of “made in Bari” agri-food products in the wider context of “made in Puglia”, offering all citizens the opportunity to interact directly with the producers who with the sale will be able to certify the characteristics that are at the base of the success of the enogastronomy of our territory: healthiness, respect for the environment, education to taste and the culture of food.

This year, to embellish the food and wine offer, there will be the Ferris wheel, as announced by the carla Palone, will remain in Bari until May 14.

Among the gastronomic proposals that will delight the palates of those who want to visit the Village there will be typical products such as panzerotti, focaccia barese, sgagliozze and popizze, but also sandwiches with roasts of meat bred and slaughtered in Sannicandro, fried potatoes of Polignano a Mare, porchetta bred in Grumo di Puglia, Altamura bread stuffed with local meats and cheeses, Noci and Bari sweets, fried fish and the new entry of the seafood sandwiches. Among the stands you can also enjoy vegan and celiac menus.

Worthy of note is the presence of Mirco Puglia Craft Handicrafts which will represent the entire region, from the Gargano to the Salento to the Ionian Sea, passing from the Land of Bari.

The Villaggio del Gusto 2018 will be divided into two phases:

“Waiting for St. Nicholas”: from Friday 4 to Sunday 6 May, in addition to the preparation of the food stations, there will be several performances that, in several occasions, will alternate events for families, show cooking and musical moments.

“La festa grande”: from Monday 7 to Wednesday 9 May the Village will be in effect one of the stages of the festivities of the San Nicola festival. 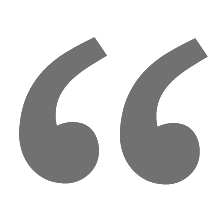 Simply the perfect headquarters for a stop in Apulia. A nice stroll along the water to the trainstat Thoughtfully equipped into every detail, comfortable mattress, huge for two people. The place is easy to find.100%clean. Very friendly, accommodating, professional , English-speaking host. Very spacious.

Very nice location in the old part of Bari. Large comfortable room, nice kitchenette for the provided breakfast. Nice view of the sea and sunrise! Cool rooftop patio for evening happy hour. Be prepared to call Andrea when you arrive to check you in and show you the room. Wonderful stay in this lovely seaside town.